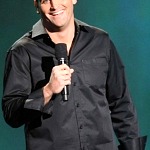 StarBase announces its October programming celebrating a variety of unmatched events. The upcoming month will serve an abundance of entertainment including special guests like drag star Edie, comedian Bret Ernst, and DJ The Dreamer, as well as an opportunity to attend a football watch party with your fellow comrades. Travel outside of this world with StarBase’s … END_OF_DOCUMENT_TOKEN_TO_BE_REPLACED 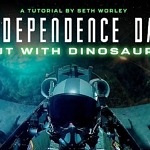 Today, Maxon and Red Giant released a tutorial on how to create an alien invasion during the 4th of July. Inspired by the 1996 hit movie Independence Day, Seth Worley took on the challenge of replicating the invasion, sans the octopus-like aliens from the film, opting instead for flying dinosaurs. Seth used Cinema 4D to create the short film’s … END_OF_DOCUMENT_TOKEN_TO_BE_REPLACED 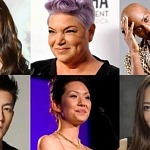 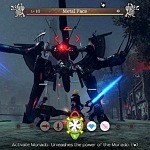 This week’s Nintendo Download includes the following featured content: Nintendo eShop on Nintendo SwitchXenoblade Chronicles: Definitive Edition – Discover the origins of Shulk as he and his companions clash against a seemingly unstoppable mechanical menace. Wield a future-seeing blade, chain together attacks and carefully position your party members in strategic, real-time … END_OF_DOCUMENT_TOKEN_TO_BE_REPLACED 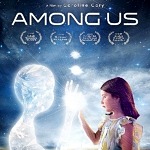 On April 27, the Pentagon released videos declassified by the US Navy. The footage, captured by U.S. Navy pilots, shows "wingless aircraft traveling at hypersonic speeds, with no visible means of propulsion," shared LiveScience.com. While Military.com goes on to share, "In releasing the videos, the U.S. Navy officially acknowledges that its pilots encountered so-called … END_OF_DOCUMENT_TOKEN_TO_BE_REPLACED 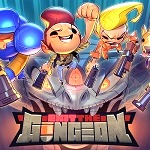 Are you indie mood for some Nintendo Switch game announcements? Today, Nintendo debuted a new Indie World video highlighting a wide variety of indie games coming to the Nintendo Switch family of systems in 2020. This includes original platformers like Blue Fire; action-RPGs like Baldo; The Last Campfire, the next game from Hello Games, the … END_OF_DOCUMENT_TOKEN_TO_BE_REPLACED 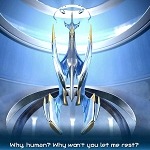 Stardock released Earth Rises, the final installment of its 4-part expansion to Star Control: Origins today. Earth Rising - Part 4: Earth Rises introduces players to exciting new adventures, including bar fights at Kapteyn's Bar, the reluctant return of a God, a search for a missing Commander, and more.  Star Control: Origins is set in the … END_OF_DOCUMENT_TOKEN_TO_BE_REPLACED