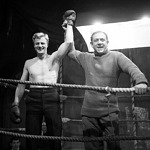 March brings vintage wrestling matches, sports films, Mystery Science Theater 3000 and movie marathons to The Film Detective The Film Detective (TFD), a classic media streaming network and film archive that restores and distributes classic films for today's cord-cutters and is wholly owned by Cinedigm (NASDAQ: CIDM), is bringing some mania to its March lineup. Every … END_OF_DOCUMENT_TOKEN_TO_BE_REPLACED 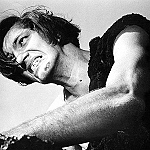 The “name written in blood,” Eegah, returns to the spotlight for a special-edition release from The Film Detective (TFD), a leading classic media streaming network and film archive that restores classic films for today's cord-cutters. On Nov. 26, TFD will release a must-have collector’s set for any cult fan that includes a 4K restoration … END_OF_DOCUMENT_TOKEN_TO_BE_REPLACED