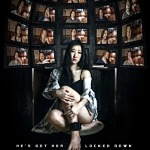 "Charon" will screen at a number of festivals through 2021 With a runtime of 73 minutes, "Charon" is a psychological thriller shot entirely on an iPhone and edited on an app while filmmaker Jennifer Zhang was in complete self-isolation in her apartment. Only a month into its run on the independent film festival circuit, the unusual feature film produced under Flying Koi … END_OF_DOCUMENT_TOKEN_TO_BE_REPLACED 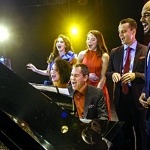 Pasadena Playhouse, The State Theater of California, announces the January 10, 2021 PlayhouseLive Online Opening Night of You I Like: A Musical Celebration of Jerry Herman, a virtual musical revue honoring the genius responsible for the Broadway classics Hello, Dolly!; Mame; La Cage aux Folles and many more. The Online Opening Night will be a … END_OF_DOCUMENT_TOKEN_TO_BE_REPLACED 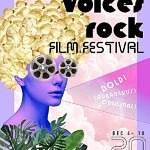 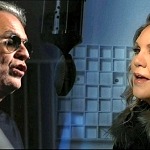 World-renowned Italian tenor Andrea Bocelli has released his uplifting new album, Believe - a poignant and personal collection of songs, celebrating the power of music to soothe the soul. He is joined on the record by Alison Krauss, the most awarded singer in Grammy history, for a powerful rendition of 'Amazing Grace' - watch their new music … END_OF_DOCUMENT_TOKEN_TO_BE_REPLACED 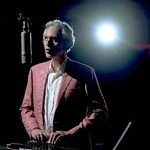 world-renowned Italian tenor Andrea Bocelli releases the first single from his new album, Believe - a stirring rendition of the beloved anthem 'You'll Never Walk Alone'. It is the opening song from his forthcoming record, which is released via Sugar/Decca Records on November 13th and celebrates the power of music to soothe the soul. … END_OF_DOCUMENT_TOKEN_TO_BE_REPLACED 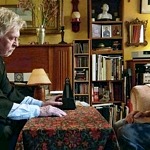 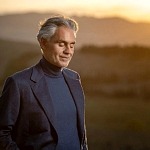 World-renowned Italian tenor Andrea Bocelli is set to release his breathtaking new album, Believe, via Sugar/Decca Records on 13th November, celebrating the power of music to soothe the soul. He is joined on the record by Alison Krauss, the most awarded singer in Grammy history, for a powerful and emotional rendition of 'Amazing Grace'.  It follows … END_OF_DOCUMENT_TOKEN_TO_BE_REPLACED 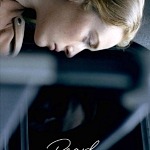 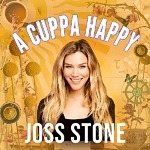 UK award-winning singer-songwriter, Joss Stone, is excited to announce today that she will be launching a brand new podcast titled: A Cuppa Happy on Monday, August 10.  A Cuppa Happy Podcast, produced in collaboration with UK podcast studio Fascinate Productions, showcases the true interpretation of happiness and how elusive and often unappreciated … END_OF_DOCUMENT_TOKEN_TO_BE_REPLACED 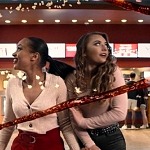 The Savannah College of Art and Design (SCAD) is proud to announce a team of SCAD students from its School of Entertainment Arts has won the grand prize in the 2020 Coca-Cola Refreshing Films program, a student filmmaking competition. SCAD students also won the competition in 2019. The film, "Let Loose," was created by writer/director Elina Itugot (B.F.A., film and … END_OF_DOCUMENT_TOKEN_TO_BE_REPLACED