Academy of Canadian Cinema and Television 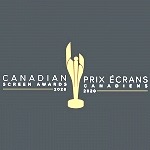