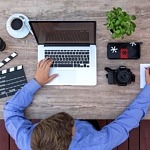 After evaluating twenty-two submissions from Florida screenwriters, Feature Florida Partnerships (FFP) announces two screenplays that have been selected to receive financial assistance for professional script coaching services under "Create it Here!" – the non-profit organization's signature program and a key component of its effort to revitalize feature film and television … END_OF_DOCUMENT_TOKEN_TO_BE_REPLACED 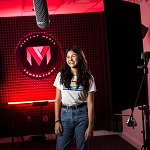 Check out our auctions on eBay! We have many rare and unique items listed HERE.