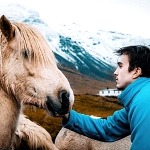 Conttratta Studios has announced it is starting a new project with Ukraine based photography director, Artem Shestakov. The film will take place this next summer in Florida and Shestakov will be directing a cast of composed by models Daniela Tablante, Priscila Fierce and football player Ricardo Alves Fernandes. Conttratta Studios is an American media company … END_OF_DOCUMENT_TOKEN_TO_BE_REPLACED