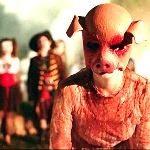 “Any opportunity to add a little character driven detail,” says Lee Diemer while describing her signature costume design style, “The best costumes have little details that reveal the personality or lifestyle of a character. Even better if they’re a little dark or unusual, I definitely enjoy designing edgier films!” Diemer’s signature style including decaying bridal gowns, … END_OF_DOCUMENT_TOKEN_TO_BE_REPLACED 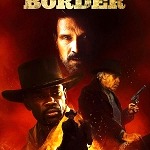 Soulidifly Productions, a film company with a mission to produce meaningful, uplifting stories that are entertaining and beautifully told, has partnered with Lionsgate and Sweet Unknown Studios to produce and release Hell on the Border in select theaters, as well as to audiences worldwide through Video-on-Demand (VOD) on all platforms … END_OF_DOCUMENT_TOKEN_TO_BE_REPLACED