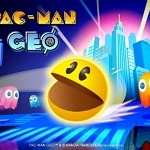 Leading video game developer and publisher BANDAI NAMCO Entertainment America Inc., today announced the official launch and availability of PAC-MAN GEO for Apple iOS and Google Android devices in the Americas and in over 170 regions. PAC-MAN has spent a lifetime navigating arcade mazes, now in PAC-MAN GEO, he’s hitting the streets of real-world cities with his fans, in search … END_OF_DOCUMENT_TOKEN_TO_BE_REPLACED 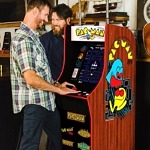 Leading interactive entertainment company BANDAI NAMCO Entertainment Inc. celebrated PAC-MAN’s 40th birthday with upcoming activities and partnerships to commemorate this momentous milestone with fans around the world. The video game and pop culture icon steps into his 40s more relevant than ever as he stars in a bevy of new video game offerings, product partnerships, and … END_OF_DOCUMENT_TOKEN_TO_BE_REPLACED